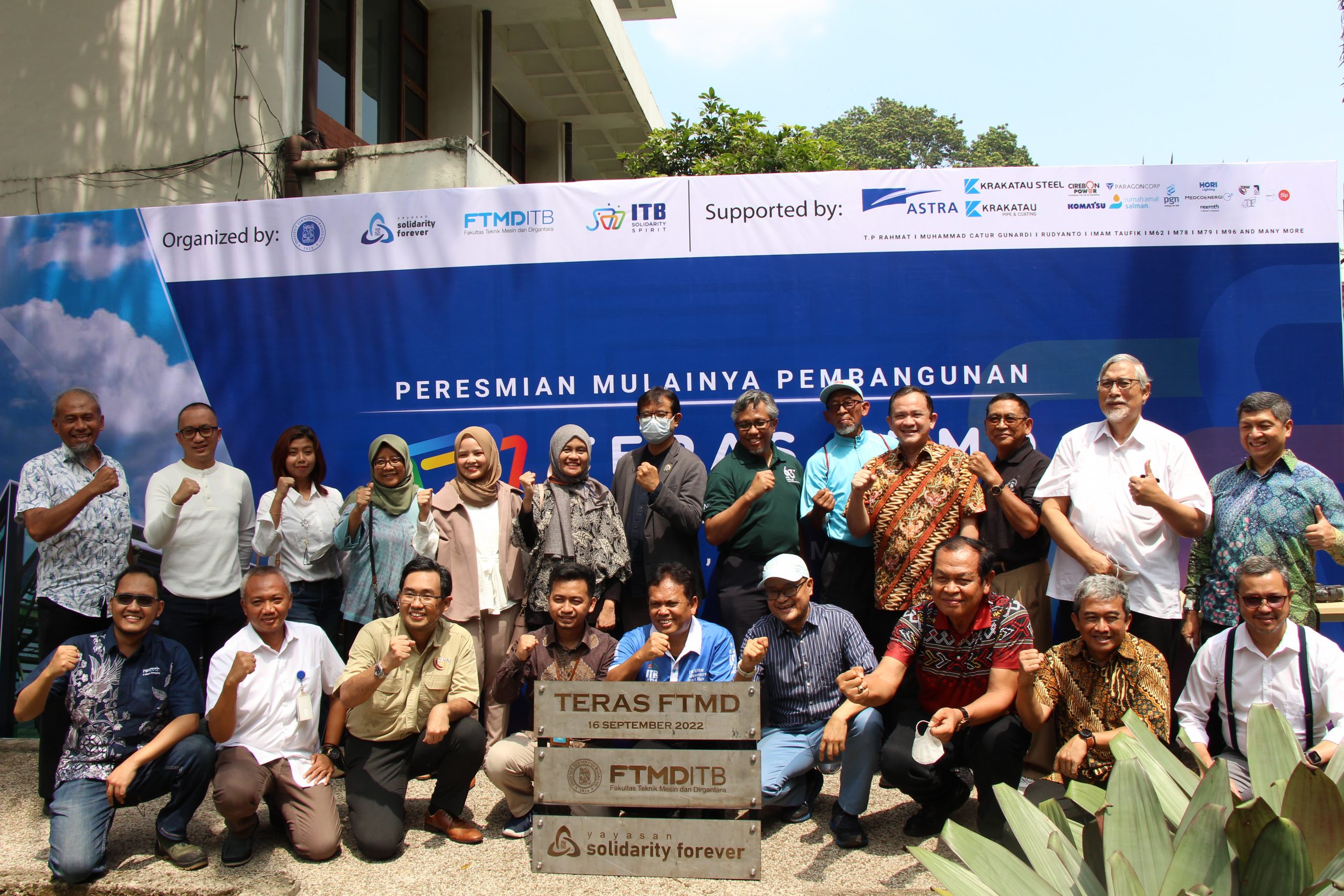 Bandung – Teras FTMD is a form of revitalization from a pool into a public space with a terrace concept by applying renewable energy and the latest mechanical technology designs. The planning process of Teras FTMD was initiated in 2020 and began to be designed in early 2021 with ten times of architectural design literacy. With many various fresh ideas, Teras FTMD is formed as a place for a new generation. After a long process of discussion and planning, on Friday (16/0922), Teras FTMD Construction officially commenced. This ceremonial event is a sign of the realization of extraordinary dreams regarding the design of Teras FTMD. It was held in the working and studying space (Ruang Kerja Bersama) by inviting sponsors and donors who were also alumni of the Faculty of Mechanical and Aerospace Engineering (FMAE) ITB from various generations. This ceremonial event was broadcast through social media channels.

The secretary of ITB, Prof. Dr. Ing. Ir. Widjaja Martokusumo, gave his remarks on behalf of the rector of ITB, who was unable to come. He gave his respect and thanks to the sponsors and donors who have helped raise funds for the construction of Teras FTMD. He realized the existence of a legendary “mechanical” pool for students and alumni of FMAE, so the Teras FTMD is built to add historical value by making a building with a terrace concept for recreational and educational purposes supporting the Independent Learning process on the Merdeka Campus.

“Hopefully, the construction of Teras FTMD can be a model for other faculties and schools at ITB.” Said the Secretary of ITB, Prof. Dr. Ing. Ir. Widjaja Martokusumo.

Prof. Tatacipta Dirgantara, in his remarks, stated that the construction of the Teras FTMD was initiated to answer the students’ needs for a co-working space. He said the design of the FTMD Terrace was initially simple, but after being discussed, it became complicated. There are many things to consider, ranging from aesthetic value, using renewable energy, carrying the living-museum concept, and others. Therefore, he felt relieved at this ceremonial construction of Teras FTMD, which means the plan was not just a dream. Moreover, the Teras FTMD construction fund resulted from fundraising from running at the ITB Ultra Marathon sporting event several years ago.

“Teras FTMD carries out the Solidarity 6.0 concept. The concept of solidarity is not just collecting funds together but inviting alumni representatives colossally. The goal is to indicate that Teras FTMD belongs to us.” said the Dean of the FMAE ITB.

The chief of YSF, Ir. Susilo Siswoutomo, also attended this ceremony. In his remarks, he talked about the process of designing the Teras FTMD and the efforts to raise funds for the construction. He also emphasized that establishing the Solidarity Forever Foundation contributes to the development of ITB and FMAE. He also guarantees that the money collected is not used for other purposes.

“This form of support (sponsor) for FMAE ITB is one of the real contributions of Astra in increasing the quality of Education in Indonesia.” Said the Chief of Corporate Affairs, Astra Riza Deliansyah.

The head of Teras FTMD construction project, Ir. Ontoseno Soekotjo, said that the design of the FTMD Terrace is filled with fresh ideas every day. The challenge of this construction is how to manage the idea properly, so that this dream-filled project can be realized perfectly. 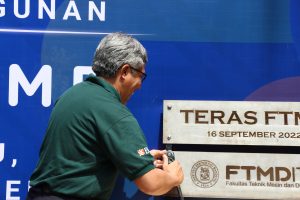 The ceremony of the Teras FTMD construction was carried out by installing 12 bolts on a nameplate (placard) that reads Teras FTMD, FTMD, and Solidarity Forever Foundation. This symbol is expected to be a historical object of the success of Teras FTMD in the future as a bridge to the past, today, and future. 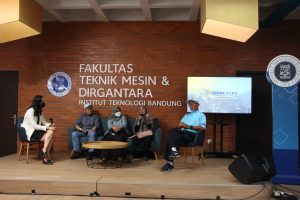 The event ended with a talkshow with the runners. They told about their efforts in collecting kilometers in the ITB Ultra Marathon. Hundreds of thousands of kilometers collected have been offered to sponsors and donors. They added that the marathon is not only a form of fundraising but also a representation of caring and mutual assistance between fellow alumni of FMAE ITB.