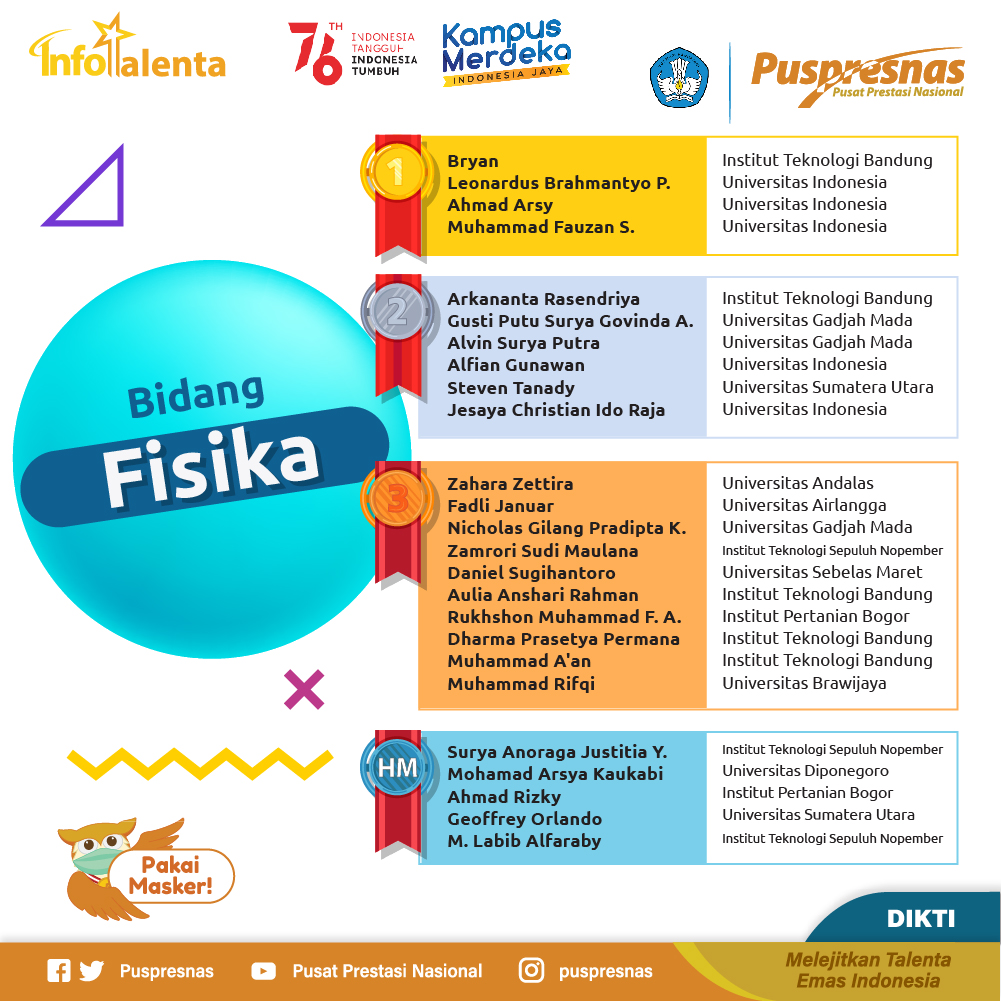 Bryan, one of the ITB undergraduate students majoring in Aerospace Engineering (AE 19), scored another achievement for ITB by winning a gold medal in KNMIPA-PT (National Mathematics and Science Competition for Undergraduate Student) 2021 for the physics category. Bryan has a great interest in mathematics and science, especially in physics, and KNMIPA-PT became a good platform for him to challenge himself and to further explore his hobby in theoretical science. 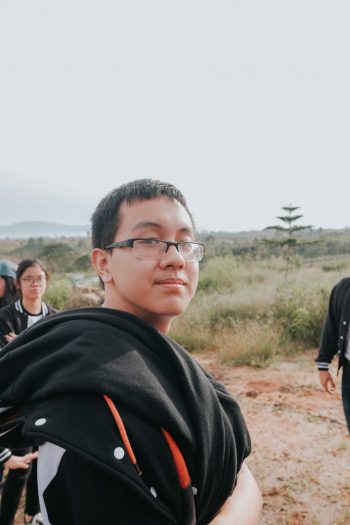 KNMIPA-PT is an annual national science competition for higher education levels held by the Indonesian Ministry of Education, Culture, Research, and Technology. Four categories are competed in KNMIPA-PT: Mathematics, Physics, Chemistry, and Biology. This competition consists of three selection processes, namely, in the (1) university, (2) regional, and finally (3) national level. KNMIPA-PT 2021 marked the second year that this competition was held online due to the pandemic situation. For this year, in the beginning, five students for each category were selected to represent each university at the regional competition. Then, the best 65 students in each category participated in the final event which was held on 28-29 July 2021. In KNMIPA-PT 2021, ITB successfully became the overall winner by winning 7 golds, 5 silvers, 5 bronzes, and 1 honorable mention.

The topics discussed in the physics category consist of classical mechanics, electrodynamics, statistical mechanics and thermodynamic, and quantum physics. These topics are divided into two days with each topic has eight problems for a maximum duration of three hours. Bryan said that the online competition system used in KNMIPA-PT was quite difficult because the problems were given in the form of essays. Furthermore, the problem must be solved one at a time within a given time limit, which means that there was only one chance to solve one problem.

KNMIPA-PT was a target that Bryan has been aiming for a long time, and it all started when he participated in OSN (National Science Olympic) for senior high school students in Padang, 2018. He failed to secure a medal in OSN. However, from that moment, Bryan committed himself to study physics deeper. With deeper comprehension of fundamental physics, he tried to compete in last year’s KNMIPA-PT for ITB campus selection, but he also failed to secure a medal. This year, with better preparation and a more intense study, Bryan finally realized his dream by winning a gold medal in KNMIPA-PT. After winning KNMIPA-PT, Bryan said that he wanted to keep studying. He also said that he has a plan to join other science competitions.

Bryan has had a great interest in science since high school. His main interests are mathematics, physics, programming, astrophysics, and chemistry (MPPAC). Bryan said that MPPAC has always been his reference as a reminder for him to keep exploring those fields. Bryan said that we need to respect science, even though maybe at work sometimes we only need practical knowledge, we will be able to see the beauty of science only if we study it deeper. Hopefully, Bryan’s achievement will motivate other students to achieve their own goals with their talents and hobbies.